Organized by the Aero Club Etruria, the 2019 Italian Speed ​​Championship was held in the skies of Fano on 10 and 11 May.  The Italian Speed ​​Skydiving Championship, the most extreme parachuting specialty, represents the fastest non-motorized sport in the world.  In eight rounds the athletes in the race gave their all, comparing themselves with other speeders from eight different countries.  The Open Championship, in fact, took place in conjunction with the second race of the Issa international circuit, making each launch even more exciting.  Stefano Celoria of the Aero Club Cremona confirms for the third consecutive year Italian Champion, setting the new record of 492.15 kmh.  On the podium Mascia Ferri, of the Aero Club Pull Out Ravenna, which in addition to winning the first title of Italian Champion of Speed, sets a new Italian record with a speed of 424 km / h.  Mascia and Stefano are the 2019 Italian champions, but they are also the fastest woman and man in the world in the ranking of the International Speed ​​Skydiving Association.  The silver and bronze medals are all from the Army: for the female category Sonia Vitale and Leonora Gambassi;  for the male one Michele Calvi and Giuseppe Tresoldi.

Note of merit for the athlete Marco Hepp to always be able to get on the podium thanks to his great technical skills, and another note of merit to the new entry Augusto Bartelle who presented himself with a nice staff of 477.30 kmph. Thanks for the wonderful organization offered as always by Alimarche Fano and friends Mascio and Livio. The judges' team Mario Fabretti, Sandro Gargini and Italo Santinon are highly professional, assisted by the international technicians Angelika Mittasch and Arnold Hohenegger who with their experience guarantee the perfect management of the software and hardware part of the new Flysight GPS tracking system.

The Speed ​​discipline provides for the competitors to reach the maximum descent speed in free fall measured with the new GPS system adopted this year to eliminate any possibility of error.  The race is based on 8 launches in which the maximum speed reached is evaluated, in each launch, from which then, dividing by the number of throws made, the average speed obtained in the competition is obtained, a value that determines the winner. 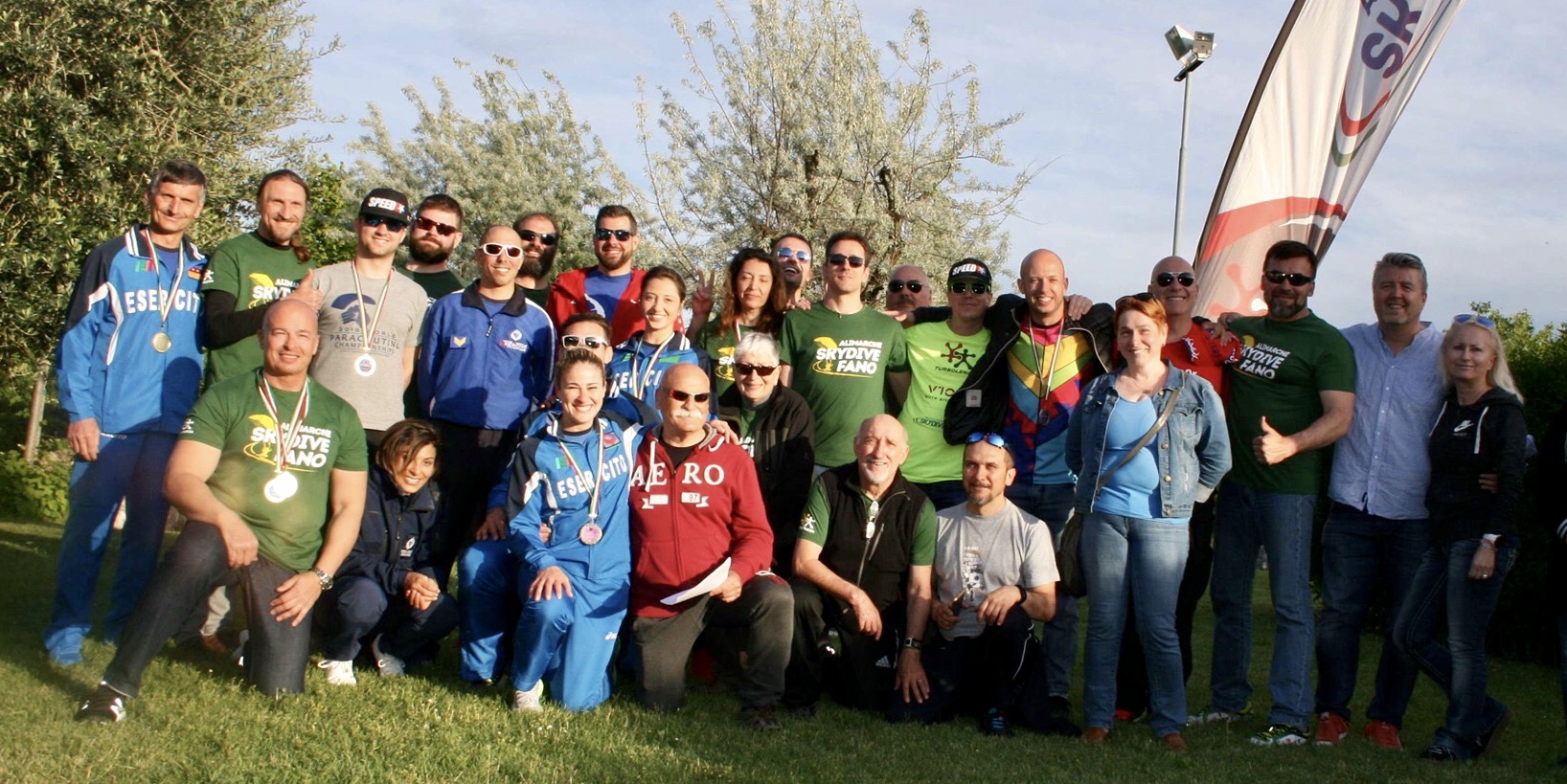