The competition was very close. Christian Labhart (SUI) won the competition in the last round, only 0.36 point in front of Marco Wiederkehr (LIE). At the third place the local hero Alexander Diem, who won the Austrian Speed Skydiving Nationals in front of Reinhard Wiesenhofer and Oliver Ploner (both faster than 400 kmph).

As close as the competition was, so close was the decision in the overall World Cup: Marco Wiederkehr (LIE) won the ISSA World Series 2011 with 976.61 points, only 0.64 points in front of Christian Labhart (SUI). That was the closest world championship decision in Speed Skydiving history! Congratulations to the new Worldchampion Marco Wiederkehr!

Three perfect organized days, well-disposed sponsors, perfect weather, perfect load organizing - thanky you very much to Günter Freier from Paraclub Wr. Neustadt and his crew - outstanding competitors, friendly people and a great party on sunday evening. That are the main factors to become an event a great event! 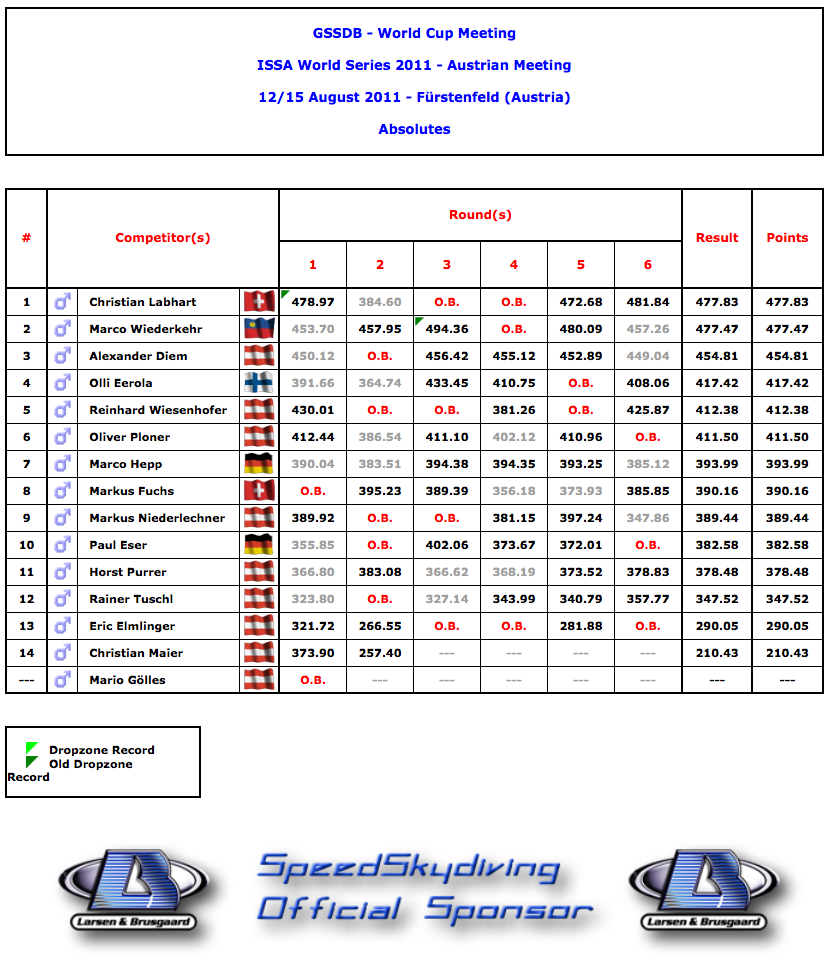