Christian Labhart from Switzerland won it all in 2010!

Again bad luck for the organizer: as in Casale and Utti, bad weather conditions prevents carrying out all competion rounds. Only two rounds were counted.

However ... Christian Labhart from Switzerland has done it again. He won also the final ISSA World Series event in his home country. Roberto Feusi, also from Switzerland, set a new personal record and become second. Olli Eerola from Finland is the third man on the podium in Beromünster. Congratulations!

Many thanks to the sponsors, especially Larsen & Brusgaard! 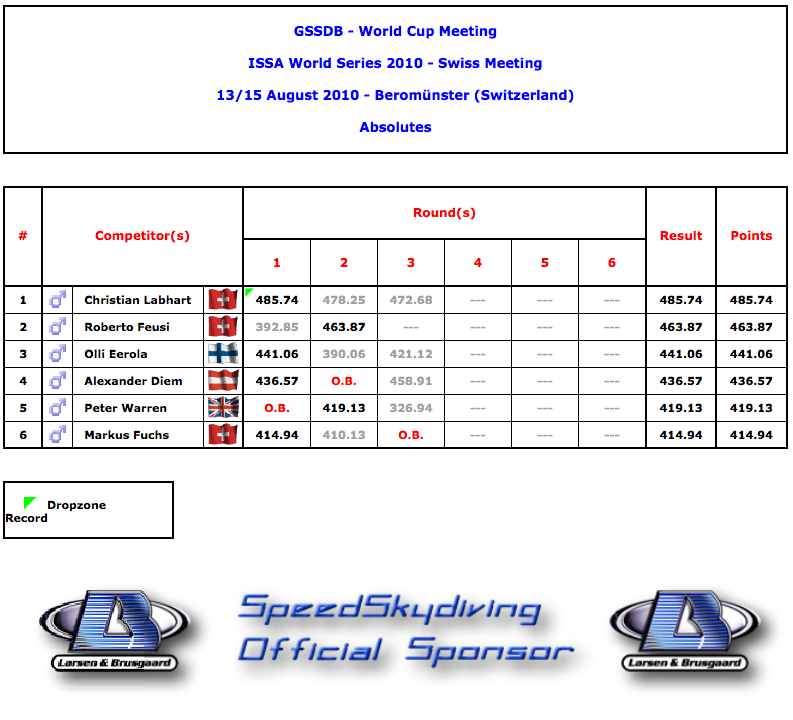