THE WINNER
Marco Wiederkehr finished with a (3-jump) meet result of 479,33 km/h (297,83 mph), and by being the fastest on every jump, he was almost in a league entirely of his own.

"I am really happy with my performance. I didn't believe I would go that fast! Maybe I am faster when I just let everything happen instead of fighting for speed," Marco Wiederkehr commented.

"My main objective was not to hurt myself more then I already was after a recent skiing accident, and the minimum plan was to get my record back. Which i did. And i didn't polish it. Nik polished mine, since he only improved it by 0.5 km. I broke it good. like my leg last year", Snigir wrote in an email, and continued.

"I was pretty sure I'd place 4th when I was going to Morocco. Turned out I was wrong! Feels good to be ahead of Mark and Arnold. And it was all due to my wrong choice of jumpsuit last year. Two years ago, when I started with Speed Skydiving, I was good and fast, and then I made a mistake - I got a tighter suit. Now, back to my old RW suit with grippers and loose booties, I got quick again."

THE BRONZE MEDALIST
Arnold Hohenegger beat the Austrian Record in the third jump, and with a meet result of 438,81 km/h (272,65 mph) he inched ahead of England's Mark Calland - the 2004, and reigning ISSA World Cup Champion. 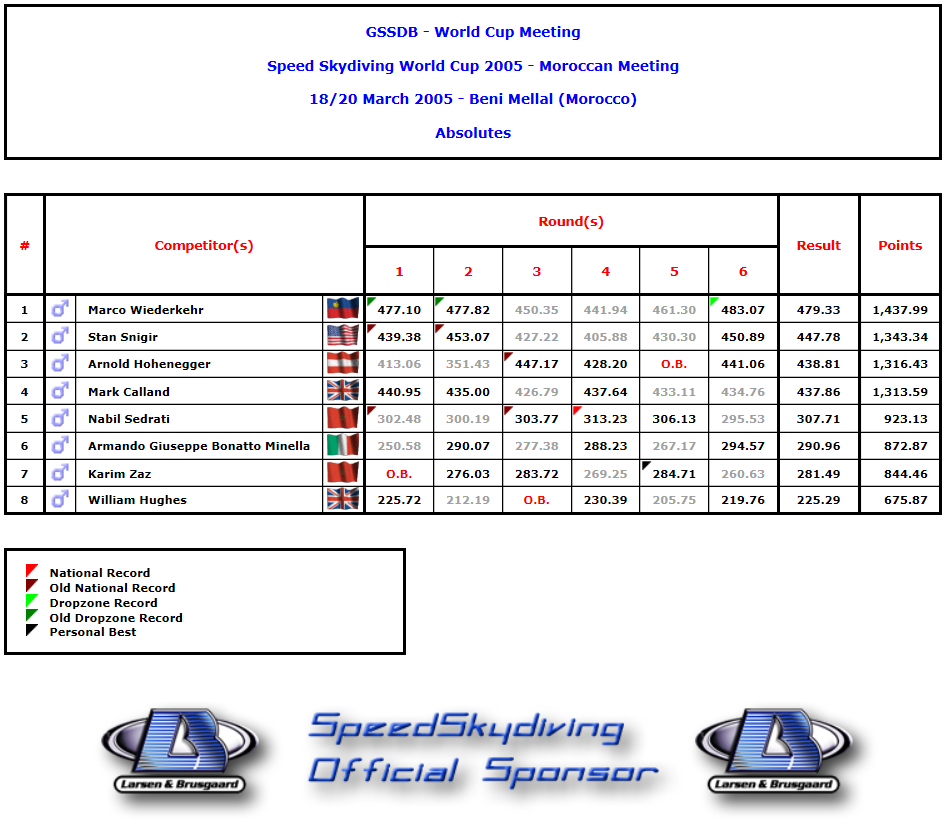